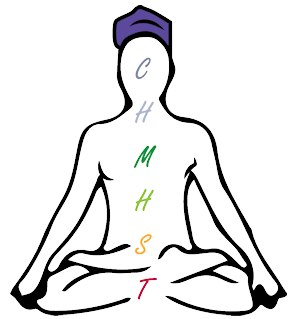 Over a week ago, the State of Texas Republican Party approved a platform that included “reparative therapy” also known as conversion therapy. If you are not familiar with reparative therapy is also known as the “gay cure”. Do not let the name fool you; it’s about as therapeutic as a malignant tumor. People who are subjected to these treatments are subjected to torture. The only reason this torturous practice was included in the platform is that it is 100 percent religion based.


Reparative Therapy or Conversion Therapy is not an approved therapy. It has been banned by every professional organization in the mental health field including AMA (American Medical Association), AASECT (American Association Sexual Educators, Counselors, and Therapist), APA (American Psychological Association), and ACA (American Counseling Association). The research has concluded that the therapy does nothing but cause an increase in mental illness, substance abuse, suicide, and will ultimately totally destroy a person’s sexuality.

Reparative Therapy since has been taken over by the Evangelical religious right. Supporters of this therapy are the Family Research Council and other Evangelical supported groups. Practitioners, including Michelle Bachman’s husband, are not trained therapists but rather trained pastors. The even have a saying “prey away the gay”. They place a mask of false sciences to justify what is really only religious and homophobic reasons. The problem is that it’s been proven that what the supporters of conversion therapy portray as fact is actually a myth.

What this therapy does is use aversion therapy, shame, guilt, and fear to create repulsion to one’s own sexual urges. The effects are the same in any form of sexual oppression. The psychological impact is profound. We know that LGBT folks who suppress their urges and try to live a heterosexual life have a higher rate of mental illness, drug abuse, and suicide. The reason is simple. An LGBT person cannot be straight, just like I cannot be a gay woman. Being a straight man that just who I am; I have no right to tell someone that who they are is wrong. After all, one’s gender and sexual orientation is a part of who we are and no amount of torture, prayer, or oppression will change that.

There is a great quote from Neil Degrasse Tyson, “science is true whether you believe in it or not.” The science of sexual orientation and gender identity as natural spectrum of human sexual behavior is as much a scientific fact as the dinosaurs, nuclear fission, and gravity. Any debate on opposing this view indicates ignorance and is very destructive to society as a whole.